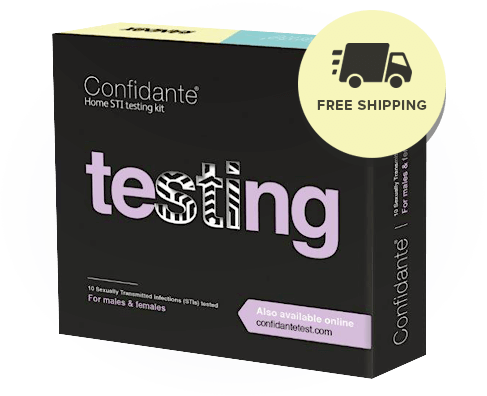 Whilst most common in the under 25s, any sexually active person can catch chlamydia. Multiple sexual partners greatly increase the likelihood of getting an STI.

Symptoms of Chlamydia in men:

Symptoms of Chlamydia in women:

How long does it take for symptoms of Chlamydia to appear?

Chlamydia has been nicknamed ‘the silent disease,’ as most people with it do not experience any symptoms at all – therefore are unaware they even have this infection. For those that do show symptoms, they appear 1-3 weeks after being exposed to the infection.

What happens if Chlamydia is left untreated?

If untreated, chlamydia can lead to the following problems:

Can I be cured of Chlamydia?

Chlamydia can be easily treated and cured with antibiotics. Confidante Home testing kit is made by Randox Health.